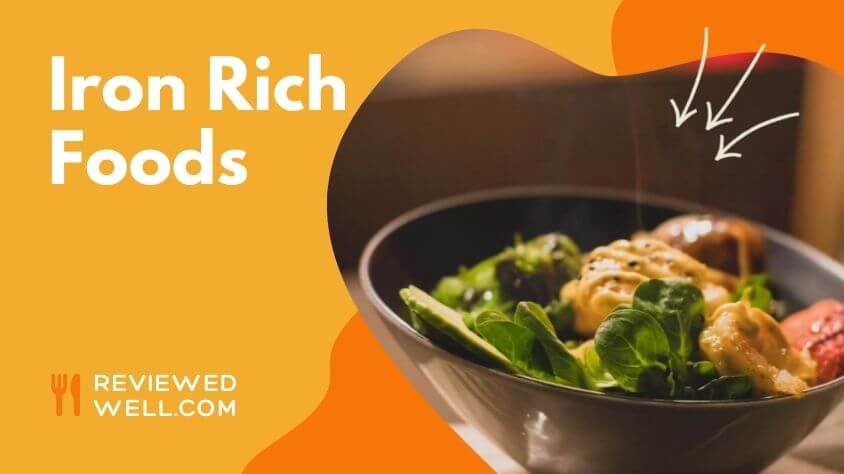 There are plenty of iron-rich foods but first, let’s find whats iron? Iron, a mineral found in the human body, is one of the components of hemoglobin, a protein found in red blood cells that aids in the transport of oxygen throughout the body. If you don’t get enough iron, your body won’t be able to produce hemoglobin, and you may get anemia. Anemia may be cured by consuming specific foods.

What exactly is iron?

Iron is a mineral that exists in the human body. It is one of the components of hemoglobin, a protein found in red blood cells that aids in the transport of oxygen throughout the body.

Your body cannot produce hemoglobin if you do not have enough iron. If this occurs, you may get anemia, a condition in which there is insufficient hemoglobin in the blood. When you are growing, you are considered to be Anemic.

What factors contribute to Anemia?

Anemia is most commonly caused by low iron levels. The most prevalent kind of anemia is iron deficiency anemia. Anyone can get iron-deficiency anemia, however, the following people are at a higher risk:

• Women, due to blood loss during monthly periods and delivery

• People over the age of 65, who are more prone to consume iron-deficient diets

• People on dialysis, especially if they have difficulties producing red blood cells

• People who have difficulty absorbing iron.

Is it possible to cure iron deficiency – Anemia?

Yes. This kind of anemia is treatable and curable. First, your doctor will establish if the anemia is due to a poor diet or a more significant health condition. The anemia and its underlying cause can then be addressed. Iron-deficiency anemia can be treated with iron supplements either orally or by consuming iron-rich foods.

Also Read: The Best Ways to Burn Fat in Weeks | Quickly & How to Lose 5-10 Pounds Weight in a Month

These are foods Rich in Heme Iron (Drive from Animal sources):

These are foods Rich in Non–Heme Iron (Drive from Plants sources):

To enhance iron absorption, mix nonheme iron meals with vitamin C (for example, a glass of orange juice or a squeeze of lemon).

Drinking citrus juice or eating other vitamin C-rich meals at the same time as eating high-iron meals will help your body absorb more iron. Citrus drinks, such as orange juice, include vitamin C, which aids your body’s absorption of dietary iron.

Vitamin C may also be found in

For the first year, feed your baby breast milk or iron-fortified formula to prevent iron deficiency anemia. Cow’s milk is not an excellent source of iron for babies and is not advised for newborns under the age of one year. To increase iron intake, begin feeding your infant iron-fortified cereals or pureed meats at least twice a day after the age of 6 months. After a year, ensure that youngsters do not consume more than 20 ounces (591 milliliters) of milk per day. Too much milk frequently replaces other foods, especially ones high in iron. Here are our suggestions for newborns

Also Read : The Best Ways to Burn Fat in Weeks | Quickly & How to Lose 5-10 Pounds Weight in a Month